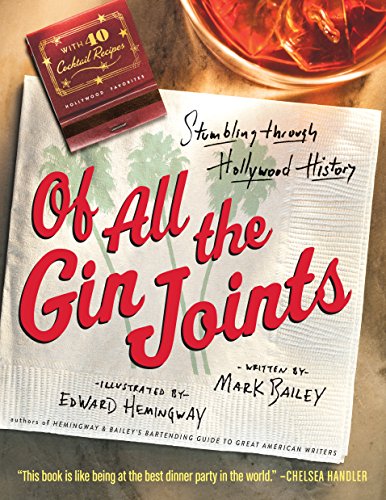 Of All the Gin Joints: Stumbling through Hollywood History

Mark Bailey’s, “Of All the Gin Joints” book is a fascinating look at the alcohol soaked history of Hollywood. It’s absolutely loaded (pun intended) with stories about Classic Stars and Starlettes, and the famous Watering Holes they frequented. Add in some great recipes (and some down-right frightening ones) you end up with an engaging book you’ll only want to put down when it’s time to fix a new drink…. Drinking on the set was the least of it… some of the misbehavior makes today’s bad boys and girls of Hollywood look like  naughty school children. Honestly, watching all of those late night black and white classic films, I never once suspected that Errol Flynn, John Wayne, Spencer Tracey and Carole Lombard were such copious drinkers!

Of All The Gin Joints Book Review

The book itself is divided into the 4 Eras of Hollywood Pictures; Silent, Studio, Post-War and New Hollywood (1960-1969). Each Star/lette is depicted by an uncanny caricature drawn by Edward Hemingway (yes, of THAT Hemingway family, so he should know). You also get a little background … ie. everything you ever wanted to know about Ava Gardner in 100 words. And then, the stories… oh my, the stories. (Ava Gardner and the still married Frank Sinatra get bombed out of their minds in Palm Springs, then hop into Sinatra’s convertible with a to-go bottle of Jack Daniels, and head out to the desert town of Indio where they shot up a local hardware store… Studio Handlers “fixed” the problem). There are tales from film shoots, and the alarming quantities of alcohol that were consumed. How in the heck did anyone get anything done? And how did Dennis Hopper survive after drinking a “half-gallon of rum, twenty-eight beers a day (on top of 3 grams of coke?)

As fascinating as the stories are (and there are some doozies… I will never look at Spencer Tracey the same way), the tales of the bars and restaurants made me want to take a road trip to see how many of these classic places still exist. We’ve all heard of Chasen’s… but did you know it was not just famous for being the place where Ronald Reagan proposed to Nancy Davis? it’s the home of the Shirley Temple How about Musso & Frank’s Grill.. that no frills Steakhouse that was a favorite of Charlie Chaplin, Orson Wells, the Rat Pack, and even Johnny Depp? It’s still standing, and still serving up ice cold Martinis.

One of the things I really love about this book is the cocktail recipes. Everything from the Chasen’s “Martini” to The Cock ‘n Bull’s “Moscow Mule”. Did you know that John Wayne was one of the first people ever to drink a Margarita? He and his “pals” Fred MacMurray and Lana Turner would hang out with Bill and Margaret “Margarita” Sames… and legend has it that she created a new drink for them (to break up the monotony).

Then, of course, are the crazy and downright DANGEROUS recipes. John Ford’s “Torpedo Juice” includes EVERCLEAR, and  Ava Gardner’s “Mommy’s Little Mixture” goes like this…”Dump every type of liquor you can find into a jug or pitcher or punch bowl and suck it down”.

Of All the Gin Joints… a Bleary History of Hollywoodland

I look at “Of all the Gin Joints” as a fun, light read. Because it’s divided into eras, and each personality/location/drink is given a separate section, it’s easy read bits or skip around as you like. However, I’m betting that you will get hooked, and manage to go straight through.

Mix yourself one of Don the Beachcomber’s “Zombies“, or stick to something simple like Richard Burton’s “Boilermaker” get comfortable, and enjoy “stumbling through Hollywood History”

Order – Of All the Gin Joints – Here

Of All the Gin Joints: Stumbling through Hollywood History 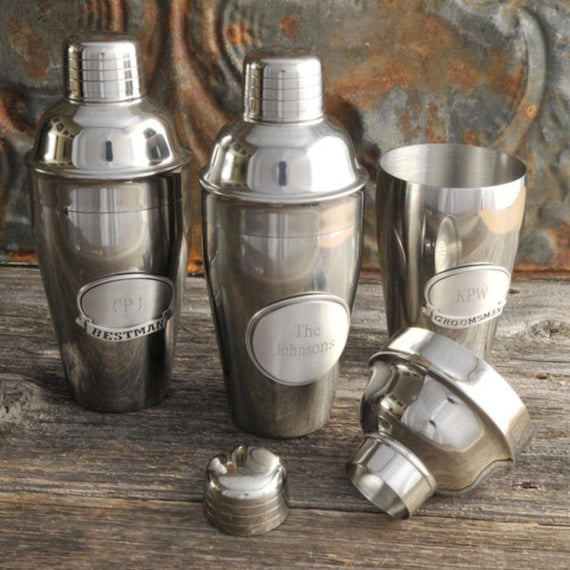